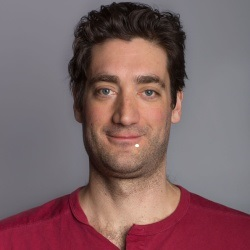 Drew Conway is a prominent data scientist, entrepreneur, author, and speaker. He’s built companies and has advised and consulted across many industries, ranging from fledgling startups to Fortune 100 companies, as well as academic institutions and government agencies at all levels. Drew joined Two Sigma in 2019 and leads the Strategic Data Science team, where he is spearheading the development of several new data-driven initiatives at the firm.

Drew has spent more than a decade working in the New York City technology community. Prior to joining Two Sigma, he was the founder and CEO at Alluvium, an enterprise AI startup acquired in January 2019.  Drew is also the co-founded of DataKind (2011), a global non-profit of pro bono data scientists; and currently sits on the advisory boards of multiple startups, academic institutions, and government agencies. Drew holds a Ph.D. in Politics from New York University and a B.A. in Computer Science and Political Science from Hamilton College.

4:20 PM Panel: How to recover when machine learning goes wrong

- Identifying at what point human intervention is necessary
- Avoiding building models on spurious relationships
We use cookies and similar technologies to recognize your visits and preferences, as well as to measure the effectiveness of campaigns and analyze traffic.
To learn more about cookies, including how to disable them, view our Cookie Policy