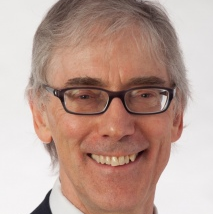 Professor David Hand is Senior Research Investigator and Emeritus Professor of Mathematics at Imperial College, London, where he formerly held the Chair in Statistics. He is a Fellow of the British Academy, and an Honorary Fellow of the Institute of Actuaries, and has served (twice) as President of the Royal Statistical Society. He is a non-executive director of the UK Statistics Authority, a member of the European Statistical Advisory Committee, a member of the International Scientific Advisory Committee of the Canadian Statistical Sciences Institute, and of the Advisory Board of the Cambridge Institute for the Mathematics of Information. He has published 300 scientific papers and 29 books, including Principles of Data Mining, Information Generation, Measurement Theory and Practice, The Improbability Principle, and The Wellbeing of Nations. In 2002 he was awarded the Guy Medal of the Royal Statistical Society, and in 2012 he and his research group won the Credit Collections and Risk Award for Contributions to the Credit Industry. He was awarded the George Box Medal in 2016. In 2013 he was made OBE for services to research and innovation.